Try to picture this. It’s the weekend and you’ve got a punch of chores you need to get done before you can enjoy yourself. You’ve got to hoover the house, put the washing on, clean the car, blah blah blah blah…..All very mundane isn’t it? But that’s why, as an MMA fan, you need a good podcast to listen to, it’s something to keep you sane whilst doing these unavoidable tasks of modern life.

This article is by no means a comprehensive list, nor is it an ordered list of the best podcasts. It’s simply a nudge in the right direction for what you need to be listening to for, a list of podcasts that certainly offer a good laugh and some great insight into the sport we cherish so dearly.

The lads at the Fight Disciples pride themselves on well… “saying it how it is”. They certainly don’t mince their words and aren’t afraid of making controversial, earth shattering opinions known to all that have the courage to listen. The podcast features accomplished sports journalists Adam Catteral and Nick Pete. Nick is the former Editor-in-chief of popular MMA magazine Fighters Only.

The reason why the podcast was created is because Adam and Nick felt like they couldn’t always say what they wanted to say on outlets such as the BBC, Sky Sports, etc. So it’s safe to say; on their own podcast, it’s really no holds barred.

This is the most fun British MMA podcast by far. It’s usually short and sweet too, around 30-45 minutes on average. Perfect for your commute!

Even audiences outside of the UK will love it. Although, you may not always understand some of the colloquial humour.

There’s nothing like hearing some smooth, dulcet Irish tones. The Severe MMA Podcast is currently overseen by Irish MMA Media Magnate Seån Sheehan, and it’s a must listen for any hardcore UK or Irish person who takes pleasure in watching the fine art of face punching.

Below the Belt – Brendan Schaub

Former *Ultimate Fighting – Yes, ultimate* Heavyweight star Brendan Schaub chairs the weekly Below the Belt podcast. The draw for this podcast is how raw it can sometimes be. Over the time I’ve listened to Brendan on Below the Belt, he’s openly bashed Dana White, ranted about how annoying Heavyweight boxing is and cried during an emotional statement about his son’s health.

You never know what you’re going to get with Brendan and this is why I love it! Not many people speak against the UFC, nor do they get into Twitter wars with the UFC President Dana White. But I believe Schaub is someone who is real, who doesn’t give a rats ass about what people think. This is arguably because he is far more successful now than he ever was during his UFC career. So he doesn’t need to kiss ass and can take no prisoners! 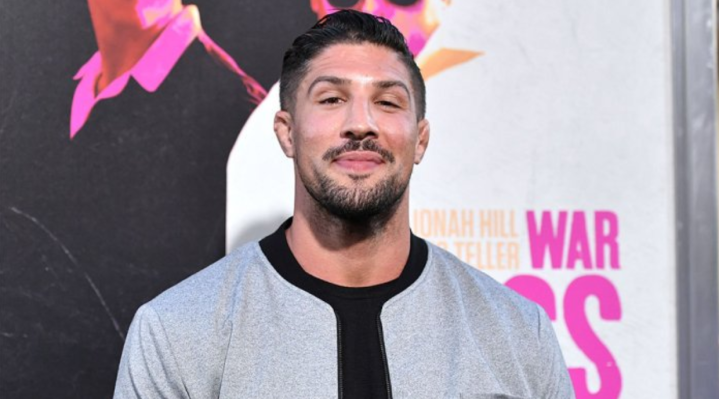 This podcast managed to be featured on the Fight Disciples network and is led by UFC collar commentator and former UFC Welterweight Dan Hardy.

The Full Reptile Collective (FRC) are a gang of Dan’s friends. Former UFC fighter Dean Amasinger and current Bellator fighter “Judo” Jim Wallhead are members. It’s basically a brand. They have their own online store and are branching out into various outlets, including their own podcast.

Dan has always chaired the weekly podcast, joined by various individuals along the way. Mainly by a guy called Owen, who has been a long time fight fan and knows a lot about the sport. The main reason to give this a listen is because it’s similar in humour to the Fight Disciples podcast. You also get to see Dan let his hair down. He doesn’t have to be the well mannered, intelligent commentator that we’re used to seeing on the UFC. Plus, Dan will always post on Twitter asking for questions and so it’s worth keep an eye out if you have something burning to ask!

Aaron Chalmers is a former reality star turned MMA fighter. You may recognise him as he recently fought on Bellator’s Newcastle card. Gareth A Davies is one of the most accomplished combat sports journalists in the UK, if not the most accomplished. In all honesty, these two are an odd pair on the face of it. Gareth is a posh, well mannered Englishman who could easily be mistaken for a member of British parliament! On the other hand, Aaron used to feature on a show aired in the UK called the Geordie Shore. A TV Show which portrays young adults in Newcastle partying hard and getting girls!

This odd contrast makes the podcast work very well. As an up and coming fighter it provides Aaron with an opportunity to dispel the stereotype that follows him. Believe it or not he’s quite an intelligent, down to earth fellow.

During these “60 minutes” we’re treated to quite a variety of listening material. Gareth will showcase some of the recent interviews that he’s had with high-profile figures in MMA. Aaron will provide insight into his training and the pair will of course preview upcoming fights.

The Anik and Florian podcast

This is a weekly podcast featuring UFC play-by-play commentator Jon Anik and former UFC Featherweight Kenny Florian. The podcast usually starts off by the pair catching up with each other. It’s kind of weird because before the podcast, I saw Jon as a straight shooting guy. However, you soon realise he’s far from it and it’s cool to see a different side to him outside of his professional career.

The main reason why I listen to this podcast is because they preview the upcoming weekends UFC card(s). I know what you’re thinking. That’s just generic. But included in their preview is a fan who calls into the show, having done their homework, to give their fight predictions as well. It’s a different fan each week and it provides a fresh dynamic than the rest of the podcasts out there. It makes you feel like you are represented as a fan. Plus, I miss seeing Kenny as an analyst and feel strongly that he’s one of the best in the game.

Generally in sport, you don’t often get an opportunity to hear referees speak whilst they are active. It’s slightly different in MMA. A ref makes a bad call, everyone and their dog slates them on Twitter to a point where sometimes, a referee will speak out.

To be a referee in MMA is no easy feat…Not that I have any idea what it’s like, but you can imagine the razor thin line they must walk on each time they enter the cage. On this podcast, which gets released on the first Monday of every month, British referee Marc Goddard sits down with Dan Hardy. It’s quite a casual chat but at the same time, also quite insightful. You get to see how Marc’s mind works, how he thinks. There are some subjects which he won’t discuss. However, Marc bounces off Dan Hardy quite well and why it comes so natural could be down to the fact that Marc has refereed a number of Dan’s fights during his fight career.

Give this a listen when you are doing something so mind numbing that it doesn’t even require you to give any thought whatsoever. That way, you can be totally focused on getting engrossed into the podcast.

Believe You Me – Michael Bisping

There isn’t much organisation in terms of the topics of conversation for this podcast. Luis J. Gomez and Michael are quite laid back in their approach. They aren’t always factually correct and admit to not watching the fights or getting bored during some featured bouts. But this is exactly the why the podcast is so great! It’s a breath of fresh air. You’re not listening to a bunch of yes men. You’re just listening to two friends talk and catch up. Luis is a hilarious guy too! “Durr, he’s a comedian!”.

If you want something easy to listen to where you don’t have to concentrate, this is it. It’s funny and fun to hear 2 casuals talk about the sport of MMA, as well as any other nonsense that comes into their minds.

We could go on and on about podcast after podcast. But we don’t want to put you in an early grave! Hopefully this article has given you some insight into what’s out there and available for you to drop into whenever you see fit! Just make sure that the ironing isn’t as boring as it could be by listening to something we’ve outlined above.