Multiple time defending Welterweight champion and notorious lover of ice cream; Georges St Pierre is easily one of the greatest fighters of all time. After beating Michael Bisping’s ass over more than a year ago the former champion is still looking for a reason to fight again, but before he steps back in the octagon, he invited me to his house in Montréal to show me his famous ‘dark place’.

At first, I wasn’t impressed by his ‘dark place’, well, at least not at the beginning. It was cold because Montréal is fucking freezing at this time of the year and I had left my coat in the living room.

He brought me underground, to some type of tunnel, a very long tunnel. He told me to stay very close to him and to not be afraid but as I said, there was nothing interesting to see, that was until we reached the Diaz zone.

We were greeted by a derelict stage, with broken microphones and chairs scattered all over the place, it all appeared as if a tornado happened during a UFC press conference, lying down in a dark corner I think I could make out the figure of Ariel Helwani and a large hustling black man that looked a tad like Rampage Jackson, both of them were seemed to be up to some shady things, but I didn’t pay much attention to it. The coldness was too much to bear. 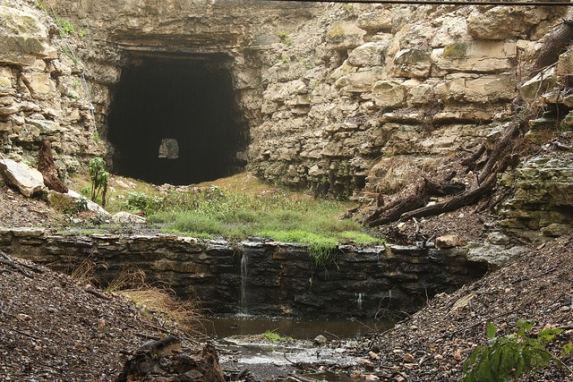 Suddenly a bunch of little demons who looked like Nick Diaz started attacking us, I think I heard one of them say “Don’t be scared homie!” As I was panicking. Adrenaline started surging through my vains. I was ready to fight. Ready for war. Then Georges took one of them down and held him on the ground, the Diaz demons got really scared as it lay with George wrapped around it. It vanished immediately. before my very eyes.

It was a scary encounter; I thought we were dead, but Georges said that we got through the worst of it, so we continued our little adventure. Georges was talking a lot, nothing interesting though, other than that one time he had sex with a girl and told her that he wasn’t impressed by her performance and that he looked forward to not seeing her in the morning. It was hysterical, so we laughed as we briskly walked past some watercolour style pictures of Joe Rogan being alone in a forrest doing DMT.

As we were walking, we heard something running behind us, we looked back and it was a dog chasing us. Weirdly enough the dog resembled like Dana White and appeared to carry a contract in its mouth. He chased us for a long time until Georges finally decided to stop and sign the contract so we could move on. The dog seemed pleased and automatically started to lick its genitals, it was a very weird scene.

Nonetheless, we finally arrived at the end of the tunnel, exhausted but excited to see what the secret of this dark place was. George opened the door and as I entered the room, I realised that we weren’t under-ground anymore. As I looked around, I saw that we were in space, flying through the cosmos, just floating through time. It looked like some sort of unknown force was pulling us towards a green spaceship. I looked up and saw some faces through the window of the spaceship, but they didn’t look like humans. I then woke up in my hotel room without any idea of what happened from the previous night.

All I can say is that I feel different…