With 2018 closing out; the UFC made a short teaser clip that left the world (Well as any good tease does) thirsty for more.

We would come to find out later that the clip was a sneak peek of the new title belt that would be unveiled during UFC 232, but after Jon Jones Picograms managed to fuck the entire event up; the release of the belt was delayed. (Thanks Jon)

With the first title fight of 2019 upon us, the UFC have finally made the grand reveal. However, to everyone’s dismay, they would reveal what is essentially a steaming pile of crap that is worn around a waist.

Now, for those who are uneducated in the market of belts, there is a market for making custom title belts. One of the more popular places for such a thing is ProAmBelts.com (not a sponsor, unfortunately) where you can create a custom belt for any occasion; it could be a local barnyard brawl, professional wrestle session, or even for that special someone in your life.

With that in mind, here are 7 belts that you can buy on ProAmBelts.com (seriously though, if they want to sponsor us, we won’t complain) right now that are better than the new UFC title belt.

7. This belt literally just needs an octagon instead of hexagon, then we’re ultimate.

6. Seriously? This one even has a spinner! 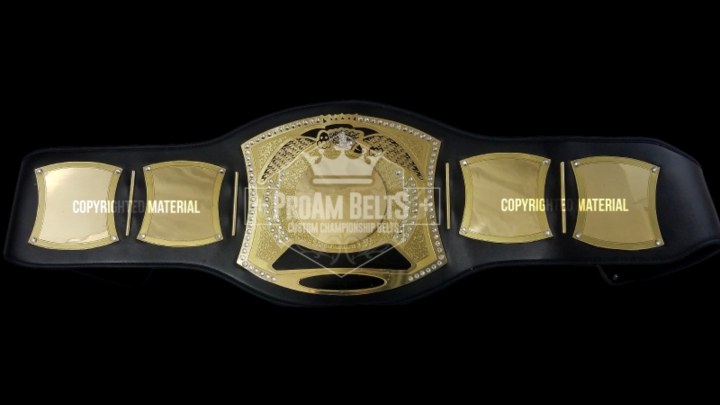 5. I know a lot of fighters who definitely would rock that camo strap with Pride !

4. I would love to see the UFC with a belt like this, skull and all. Embrace the JustBleed / Affliction culture.

2. This one has a royal feel to it. That’s something you can’t teach.

1. Are you kidding? A freaking gorilla. That is simply as cool as it gets. This is the undisputed belt Goat. Maybe even better than the original UFC belt.

What do you guys think? Would any of these belts be better than the one the UFC came up with? We would love to hear your thoughts!

Fixed this for you @UFC pic.twitter.com/dDDuiogxTc